During Codethecity 13, a project arose around the clarity of labelling of alcohol, initiated following a presentation from @wayne_gault about alcohol labelling and marketing.

Quickly the focus of discussion moved to craft beer, and the rising importance of graphic design in the branding and positioning of the various craft breweries, often using cartoon and other colourful illustrative styles. In a competitive market with many new entrants it’s no surprise that some corners are being cut. Sometimes through a lack of awareness of the issue, sometimes not so much.

Sending one particularly colourful can to the Google Vision API was telling. Google identified it as a “Yellow, Aluminium Can, of Soft Drink”. You can try the vision API yourself here. 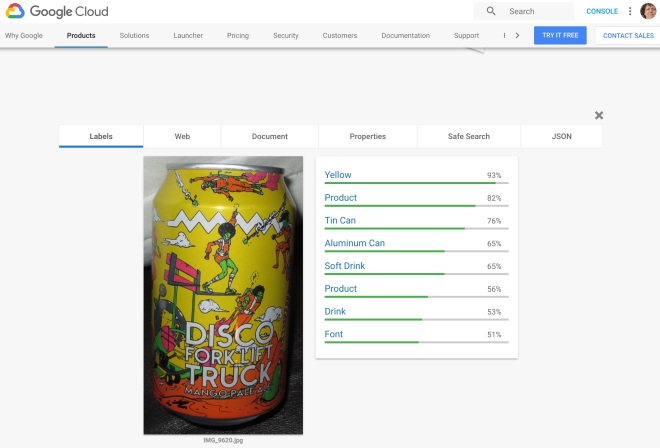 The team working on this issue came up with the idea of creating a new version of reCaptcha. Rather than clicking on all the store fronts, or vehicles, you would click on all the beers, or all the energy drinks.

This would both raise awareness of the issue, and provide a data set to demonstrate the level of confusion around specific labels. If the ‘spongebob’ beer in the mockup below is regularly identified as an energy drink, perhaps the labelling falls short of the standard.

How this could be useful

The Portman Group publishes the Code of Practice for the naming, packaging and promotion of alcoholic drinks. An ultimate goal of the CANtcha team was to use data generated from the app to add weight to submissions to the Portman Group where packaging falls short of the Code.

Some early (and far from rigorous given the timescales) testing showed that enough of the alcohol was being misidentified that an issue likely exists.

Code for the mock ups, some initial data sets, and some initial analysis are available on Github. A more technical write up is also available.

Even though this was a very brief, short lived prototype – I’ll never look at a beer in the same way again

I subscribe to a craft beer delivery service. It sends me a case every now and then with enough interesting beer from around the world to keep my ‘bottle of hipster a week’ habit going.

Now that I’m aware of the Portman rules, I couldn’t help wonder what CANtcha would make of a couple of them: 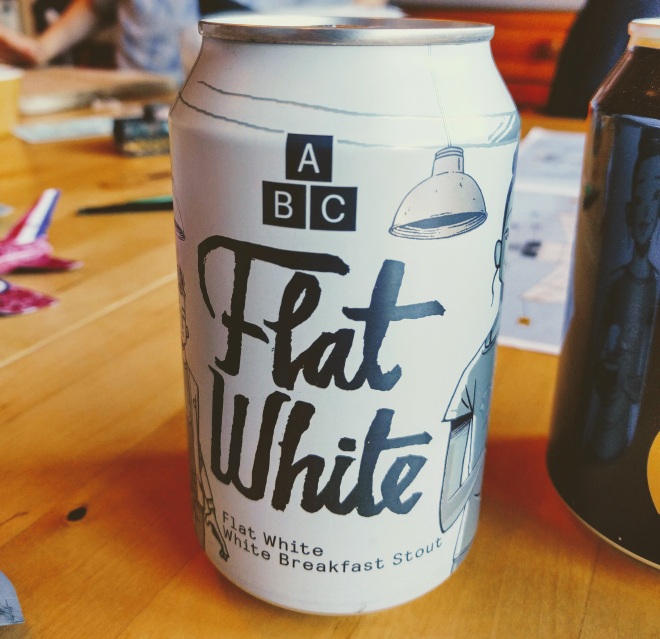 I suspect both of these might fall short on one or more counts. I also love both of them. The Google API mentioned above identifies one as beer, and the other as an energy drink. It’s likely obvious which is which.

Neither is identified as a can of coffee, surprisingly.