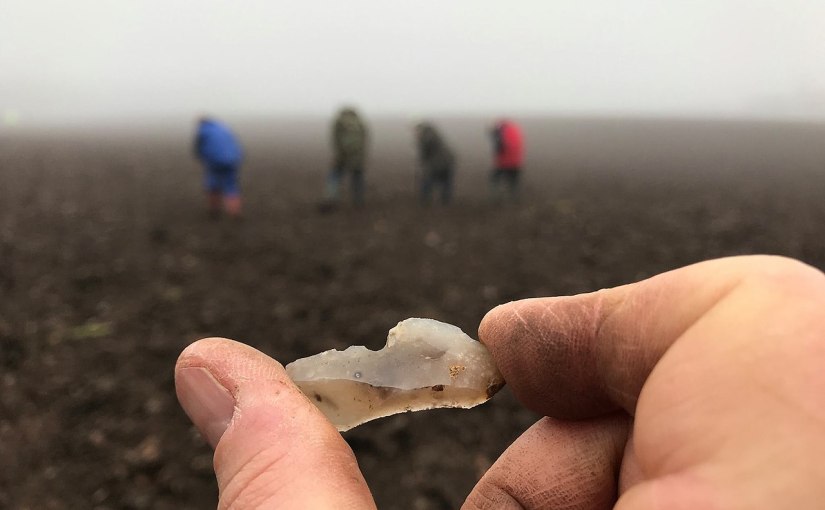 Mesolithic Deeside is a group of archaeologists, students and local volunteers investigating the river Dee area 10,000 years ago. They’ve been gathering flints on seasonal field-walking trips and recording the data from the outputs of those allowing them to map Mesolithic Deeside.

The following is a summary of what the the group with some additional helpers achieved over the two days of CTC20.