Last week we were delighted to hear the announcement that Code The City have been approved as a node of the Open Data Institute (ODI).

We are the first node in Scotland (and the only one north of Leeds) and will be working with all sectors to ensure that we raise awareness of the best practice in Open Data through training, networking, and organising events across the country.

Our first task was to set up a twitter account which has gained 68 followers in a few days.

On Friday, Andrew, Ian and Bruce headed to Edinburgh for the Open Data Scotland conference.

Ian gave a presentation to almost 60 people there about creating and sustaining a buzz around open data. He blogged about that on Medium.

Andrew demonstrated a 3D VR representation that he’s created using a simple import of Edinburgh’s Allotments open data. He blogged about that here.

Code the City ran two workshop sessions on the Friday. The first used our ideation card game to examine how your organisation can create innovative products and services using open data. In the second one, Bruce used some serious Lego play to get people thinking about how they sell Open Data as a concept to their organisation – and get buy-in and support.

On the Saturday we had 19 people attend a workshop run by CodeTheCity / ODI Aberdeen and hosted at the Informatics building at Edinburgh University. 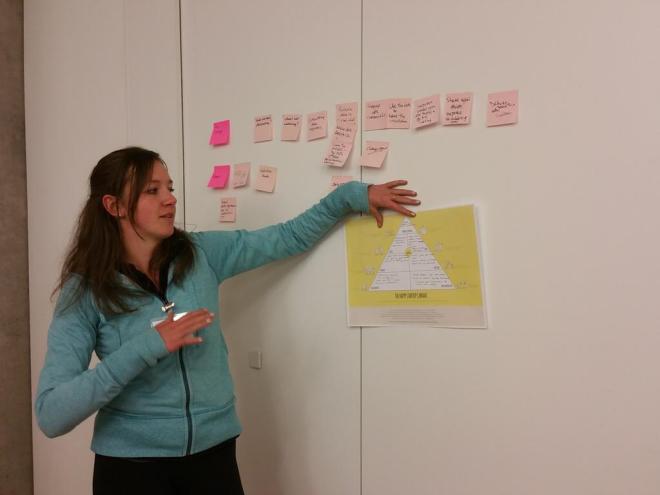 The attendees were from a diverse background, and we took them through the process of generating ideas around open data, refining those, then working on those for the remainder of the day.

Mark Braggins, who had spoken at Friday’s conference continued to contribute from afar, having returned South. Have a look at these tweets which contain some really useful links.

While the weather was foul outside it wasn’t quite as bad as Ian’s picture below makes it appear!